A downloadable book for Windows, macOS, Linux, and Android

From the pages of the upcoming paranormal romance series SOUTHERN GOTHIC comes the romantic, monster-hunting exploits of goth vampire Dorian Villeneuve and East Texas ex-pat Cash Leroy. Enjoy these five newly edited and revised Dorian and Cash adventures, together in one collection for the first time.

Cash takes Dorian to Disney World for some much-needed fun after a monster hunt in Florida, but the pair runs afoul of the Happiest Place on Earth.

To celebrate their one-year anniversary, Dorian takes Cash to the Louisiana State Fair for some fast times and old-fashioned vampire romance.

Halloween is Dorian’s least favorite time of the year, but for reasons other than the tacky costumes. A story of ghosts, buried family histories, and costume parties gone awry.

It’s Christmas in Devereux, there’s a Krampus on the loose, and Dorian doesn’t know what to get Cash for their first Christmas as a couple.

Cash opts to take Dorian to the local bowling alley for Valentine’s Day. There’s beer, there as laughs, and there are vampires in very short shorts.

Dorian Villeneuve and Cash Leroy first appeared in the romance comics and prose anthology TWISTED ROMANCE from IMAGE COMICS in 2018. This paranormal romantic comedy collection is approximately 23,000 words and contains elements of horror.

In order to download this book you must purchase it at or above the minimum price of $1.49 USD. You will get access to the following files: 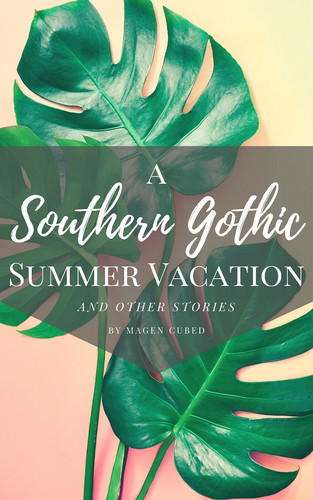